5 Essential Python Tools for a Data Scientist in 2021

As a data scientist, there are a variety of programming languages for Data Science. But in the past couple of years, Python has fast become the go-to language for most data scientists. And the reason is not far-fetched; Python is easy to learn – every beginner wants that. Also, Python has a wide range of libraries that further simplifies complex tasks, and finally, it has a huge community online.

If you are looking to master Data Science, a cheap way of doing that is by undertaking projects. In this article, you will discover some Python tools you should start using to better your efficiency and make machine learning tasks in Python less stressful. Meanwhile, you can learn how to perform real-life projects in Python from start to finish by joining a Python certification course.

Let’s jump right into it.

Numba is a compiler that allows Python codes to be compiled rather than interpreted. It does that by converting portions of the Python and Numpy codes into machine codes needed by the compiler for faster computation. A major drawback of Python as a Python programming language is that it is relatively slower to run code than its C++ or Java counterpart. With Numba, you can achieve high performance by mimicking the working processes in a compiler rather than an interpreter.

More often than not, you should be working on projects with massive datasets. This dataset would require that your hardware produces fast computational speeds for efficiency. With Numba, you can make your projects fast enough to be appropriate in large-scale applications.

The power of Numba becomes even more mind-blowing when it is installed on hardware that was initially built for machine learning and data science purposes. Majorly hardware with a powerful graphics card.

In the earlier versions of Numba, you can speed up code computational time by harnessing the CUDA toolkit by NVIDIA. The recent releases of Numba, however, now support a faster GPU reduction algorithm, for even more efficient compilation. For NVIDIA processors, it uses the CUDA API while in AMD machines, it uses the ROCm API.

Numba boosts the computation time of JIT-compiled functions by running tasks simultaneously across the CPU codes. However, your code will require some added syntax to get to this level of performance.

As a data scientist, you should consider utilizing Numba for your next project.

Plotly is a powerful, yet easy-to-use visualization library that can perform advanced analytics and produce interactive graphs without any advanced language other than Python. As a Data Scientist, chances are that you have heard and perhaps utilized visualization tools such as Matplotlib and Seaborn. But Plotly just raises the bar slightly higher, knocking off the static charts Matplotlib and Seaborn produces with its interactive charts.

Plotly produces extremely eye-pleasing and interactive plots and a dashboard that can be exported to a website in real-time. Ideally, you would need Javascript to build interactive charts on web pages which can be a bottleneck for non-front-end developers. With Plotly, you get interactive charts without a single line of JavaScript. It is worthy of note, however, that Plotly was built on top of D3 – a powerful visualization tool in Javascript.

Furthermore, Plotly does not limit you to the layout specified by your data source as is in the case in Tableau. You can tweak, transform and alter your code variable as you wish. This powerful tool can also handle large datasets without problems.

One more thing. Plotly allows you to explore your creativity and tell powerful stories with Plotly Dash. The tool uses three major ingredients, the data, the layout, and the figure objects. With these, you can build almost anything you want. Your visualization is only limited by your imagination.  Plotly Dash allows you to create interactive dashboards which are usually handy to a data scientist in presentations and storytelling.

Desk is an open-source Python tool used for large data science projects. Using the ordinary Python libraries to train models on large datasets can lead to an OutOfMemoryError. Yes, you run out of RAM, if say, you have a 10GB dataset while using a 8GB RAM machine. An alternative would be to use big data tools such as Apache Spark. But Spark is a completely different ecosystem from Python. It is built on top of Scala and when there is a fault with the code, it can be difficult for the data scientist to debug since he is only familiar with Python. With Dask, you process a large amount of data on your machine.

It utilizes the computational power of your computer and runs processes parallelly. Desk has three parallel collections used to store large datasets, with larger sizes than your RAM space. These collections are DataFrames, Bags, and Arrays. It works by partitioning the data between the hard drive and the RAM in a well-distributed form.

In a nutshell, Dask allows for faster processing time, more data robustness, and more time for data analytics through parallel computation. If you want to learn about how parallel computation can be done manually in Python, read this Multithreading tutorial article or watch this tutorial video.

As a data scientist, you should be proficient with performing statistical tests and data explorations. These statistical analyses can be burdensome if you decide to manually do them. Statsmodels is a Python library that creates easy computations for relatable statistical descriptions and estimations and inferences. You can perform a wide range of tasks with statsmodels such as:

Keras is a high-level API used for building deep learning models, i.e neural networks. Pytorch and Tensorflow are credible alternatives but they are both low-level languages. In other words, building models with these tools can be difficult especially for a beginner. With Keras, it is much easier.
Keras was built on top of Tensorflow, meaning you would require Tensorflow installed on your PC before you can use Keras. If you are a Data Scientist, you should consider using Keras as it is easier, it allows you to create custom function layers, it performs image processing quite easily, it allows you to create repeating deep layers and a lot more perks.

In this tutorial, you have discovered some amazing tools you can use for Data Science as a Python programmer. These are less popular tools but they can be crucially important when working on real-life projects and you are looking to maximize results with minimal efforts. To learn more on how to perform more data science tasks in Python, join our online project-based Python training. 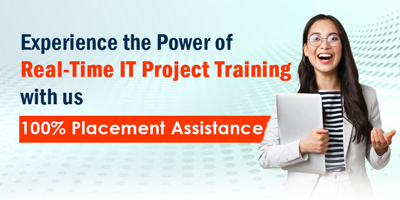